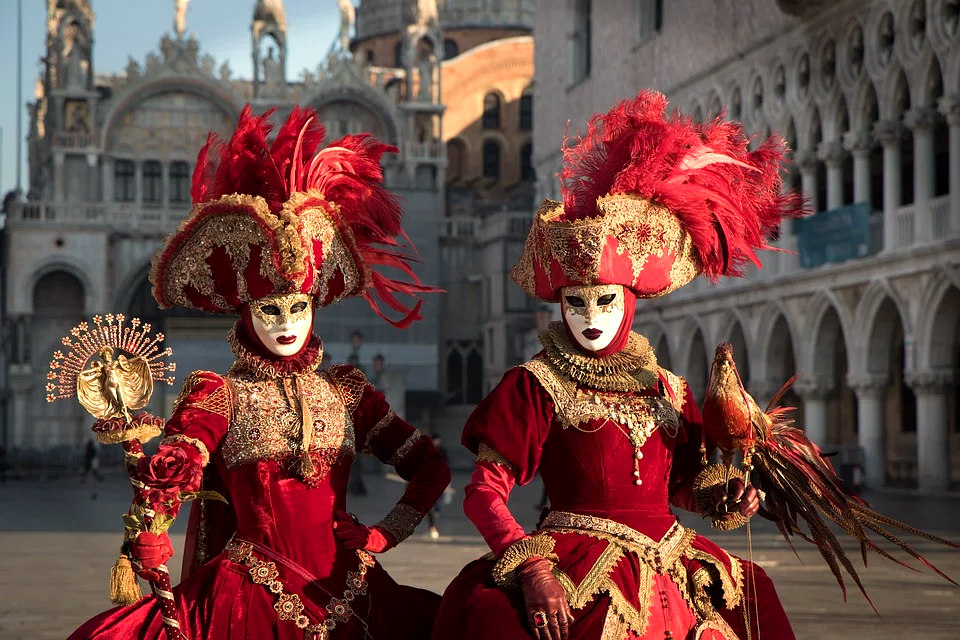 Among the various events that take place in Venice during the year, the Carnival stands out not only for its undeniable charm, but also for its ancient history: it was in fact proclaimed a public party in the distant 1296, but historical finds testify celebrations already 200 years earlier!
With stages constructed in the main squares and the setting up of attractions throughout the city, the Carnival allowed the Venetians to set aside their occupations for a while to devote themselves entirely to entertainment: juggling shows with animals and acrobats, music in the streets and street vendors with their carts of dried fruit, chestnuts, "fritòle" (sweet pancakes, still typical nowadays during this holiday) and sweets of all kinds.
Afterwards, in the most noble environments, Carnival also made Venice famous throughout Europe as the capital of pleasure and play, of masks and irresponsibility: the name "Giacomo Casanova" will surely tell you something!
The official celebrations, however, were stopped after the fall of the Republic of Venice in 1797, since they were disapproved by the new Austrian and French occupiers: Carnival was therefore abandoned and, despite the fact that Venetians never truly stopped celebrating (even if in a more contained way), only at the end of the 70s of the 20th century some citizens and civic associations worked together to revive this feast, inaugurating it again in 1979.
Nowadays, that traditional / local event initially reserved for the residents has turned into a much larger festival: also involving sponsors, television networks and cultural foundations, every year it attracts and welcomes crowds of onlookers from all over the world, everyone ready to wear their own mask and walk in the “calli” (typical narrow streets) of this wonderful city, in a joyful and playful atmosphere between shows, dances, jokes and exclusive gala.
With the beautiful Piazza San Marco as the vital hub of the festival and many activities dedicated to families and children, we invite you not to miss the main events: the Venetian “Festa sull'Acqua” (Feast on the Water) part 1 and 2, the “Festa delle Marie”, the Flight of the Angel / of the Eagle / of the Lion, and of course Shrove Tuesday and Shrove Thursday!