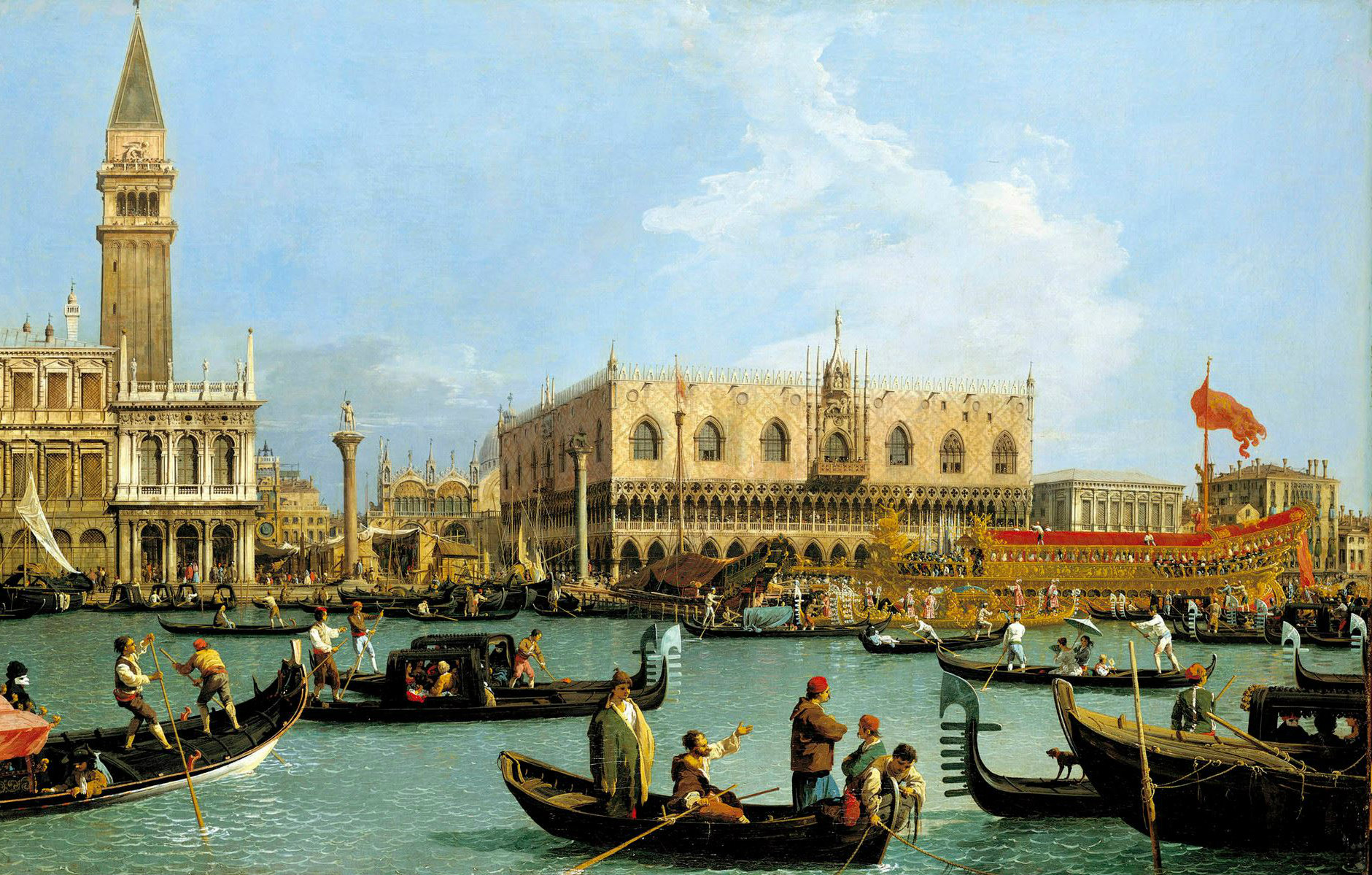 (in May, the first Sunday after the Ascension Day)

This festival of millenary origins, also known as the "Marriage of the sea", is held on the day of the Sensa, which is the first Sunday after the Ascension Day, and celebrates the strong bond of Venice with the sea.
Established following the conquest of the Dalmatia region by the Venetian ships in 999-1000, the festival took on a larger and more lively form only later in 1177, when Pope Alessandro II gave to the Doge Sebastiano Ziani a gold ring as act of gratitude for the help received in the reconciliation with emperor Federico I Barbarossa, pronouncing the famous phrase:
"lo sposasse lo mar si come l'omo sposa la dona per esser so signor ".
"Marry the sea as a man marries a woman to become his master".
From that moment on, every year on the day of the Sensa the Doge boarded his representative ship (the "Bucintoro"), moored in the basin of Saint Mark, and followed by a large procession of boats parade in celebration, he set sail for the port of San Nicolò of Lido island.
The water procession used to make a brief stop in front of the island of Sant'Elena to receive the homage of the monks of that convent, then another pause near the Lido, to welcome the Bishop on board (since 1451 the Patriarch of Venice), and finally reached the mouth of the Lido port, in front of the Sant' Andrea fort, where the representative of the church poured holy water into the lagoon while the doge dropped a gold ring, saying these words: "We marry you, the sea, as a sign of eternal dominion".
With this ceremony, a real Sensa fair used to begin, with shows and music throughout the whole city and with a sumptuous market in Saint Mark’s square, frequented by a crowd of visitors of all nationalities.
The last "Marriage" before the fall of the Republic of Venice took place in 1796: since then the ceremony has continued to be repeated annually, albeit in a less lavish way, and it is still perpetuated today with a water procession (in which the Mayor of Venice and the Patriarch take part) and regattas of various kinds, keeping alive a tradition still very much felt by the Venetians.