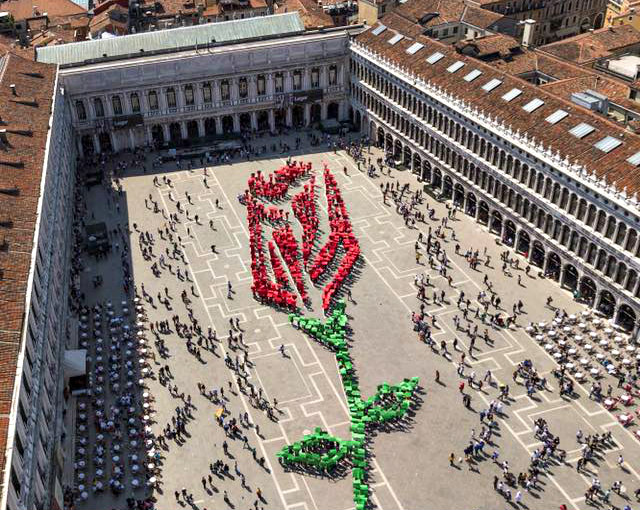 The NATIONAL LIBERATION DAY (also called "Anniversary of the Resistance" or simply "April 25th") celebrates a fundamental event for the history of Italy: the end of the Nazi occupation and of the twenty years of fascism, which took place with the end of the Second War World on April 25th 1945.
In Venice, however, this date is even more celebrated as the SAINT MARK’S DAY, Saint Patron of the city, also occurs.
During this day it is customary for men to offer to the women of the family, especially girlfriends and wives, a red rose bud, in dialect called "bòcolo". This custom stems from a local popular legend: at the time of Doge Maurizio Galbaio, a girl named Maria, daughter of an important Venetian nobleman, had fallen strongly in love with Tancredi, a brave and handsome troubadour but of humble origins. Hindered by Maria's father, who would never allow his daughter to marry him, Tancredi decided to enlist and leave for the war, hoping to win some glory and raise his rank. The rumors about her brave deeds soon spread around the world, but one day an ominous news reached Maria, tearing her heart: her beloved had fallen, bleeding on a rose bush. Before dying he had picked a flower and had prayed for it to be brought to his beloved. The girl took the rose, still dyed with the blood of her Tancredi, from the hands of the knight who had brought her the sad news, and closed herself into grief: the next day, on the feast of the Saint Patron of Venice, she was found dead with the bloody flower resting on the heart.
Since that time, the rose bud, a symbol of love that is about to open to life and to the sun, has been offered to women on Saint Mark's Day.