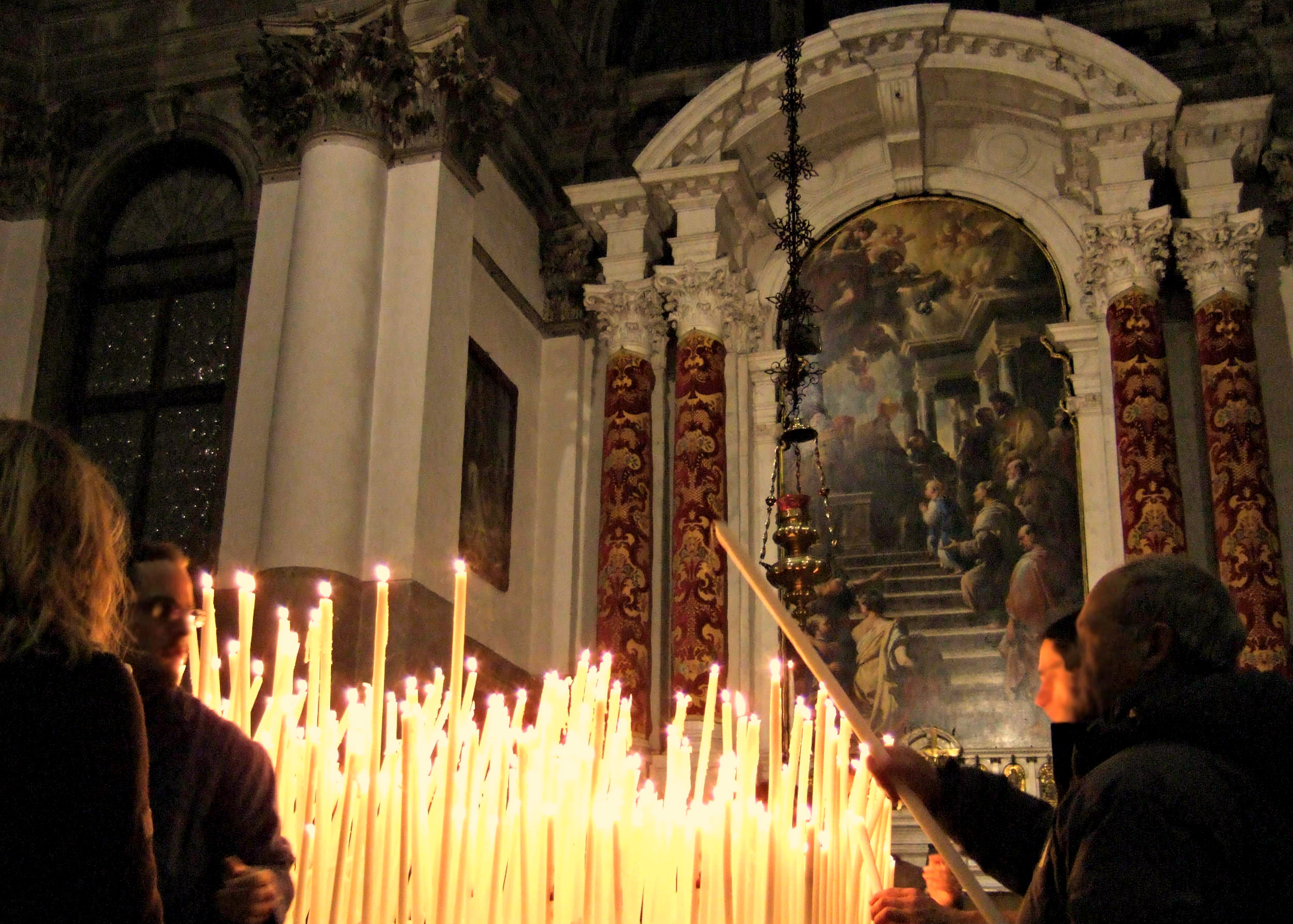 The "Madonna della Salute" (Madonna of health) is a religious festival with little "tourist" impact but very felt by the Venetians, evoking a sincere religious popular sentiment.
This festival, like the “Redentore” (Redeemer) one, recalls one of the terrible plagues that struck Venice during its centuries-old history: in 1630, more than half a century after the infection occurred in 1575-77, the disease struck again on Venice, decimating its population . The doge therefore vowed to erect a church entitled to the Salute (health), asking for the intercession of the Virgin Mary to end the plague.
The design was entrusted to the young architect Baldassarre Longhena, who cleverly managed to respect the needs of grandeur required by the Serenissima (the Venetian Republic): a church, then consecrated in 1687, which succeeded not only in praising the Virgin Mary, but also representing the greatness of the Republic of Venice at the same time.
To this day, on November 21st of every year, thousands of citizens parade on pilgrimage, together with friends and family, along the traditional votive bridge on boats which connects the two banks of the Grand Canal up to the main altar of the imposing church: here , to pay homage to the Madonna and ask her to intercede for personal and loved ones health, they finally light a candle, perpetuating the centuries-old bond of gratitude that binds the city to the Virgin Mary.