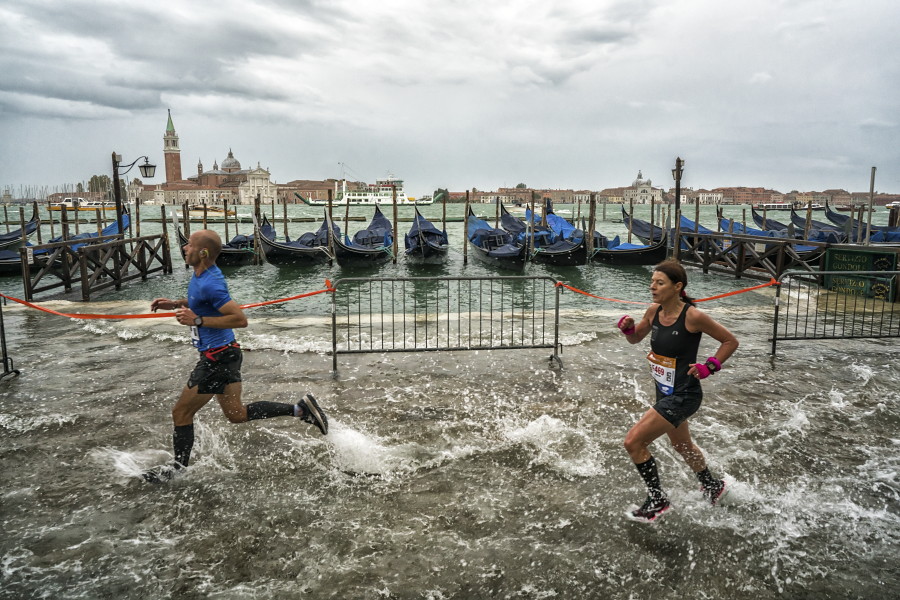 The Venice Marathon is an international sporting event that has grown over the years until involve not only experienced runners aiming for the podium, but also friends and families who come together to participate in (or just to watch) this unique race, which always takes place the 4th Sunday of October.
In addition to promoting solidarity activities, it also offers an important contribution to the city thanks to its walkways, especially prepared on several bridges to facilitate the race: after the event, they remain available to Venetian mothers with strollers and disabled people for most of the year!
The starting point of the Marathon is located at Villa Pisani in Stra, a small country town about 25 km west of Venice. The first part of the route takes place in the picturesque area of Riviera del Brenta, famous for its numerous Venetian villas facing the quiet waters of the same name river.
The marathon then goes through the centre of Marghera and Mestre, runs for more than 2 kilometers inside San Giuliano's Park and then gets to the Venice Island via the Ponte della Libertà bridge.
Marathoners face their last kilometres in Venice's renovated port area, reaching the city centre along the Giudecca Canal until Punta della Dogana, where they cross the Grand Canal on a pontoon bridge especially built for the race. Finally passing by the marvellous Piazza San Marco, the finish line awaits at the quay of Riva dei Sette Martiri, in a scenic position facing the lagoon.
Total course of the Marathon: 42,195 kilometres!